Many controversies rage about the efficacy and safety of chiropractic treatment. Among the topics are issues related to chiropractic stroke.

Trust worthy, honest, efficient, and effective – all words that describe John Edwards and his staff! Working with the team at Hepworth Holzer helped me focus on getting well and not on the financial worries of my situation.

John Edwards and his staff are excellent. They took the time to explain the process completely and worked hard to ensure I would get the most out of my settlement. John is a very caring lawyer who cares more about his cleint then the possible gain from the end results. He was able to work with my insurance company to lower their reimbursement to the lowest possible amount and even ensured I would be taken care of with furture clains by waiving co-pays for my shoulder and neck injury.

Mr Holzer has an above-and-beyond, do the right thing approach to life. He is caring and thorough. I’m grateful to know him and have his assistance!

Charlie Hepworth provided excellent legal services to my husband and I. In 2015, I was struck by a semi-truck on the connector and spent five weeks in the hospital. Charlie was referred to us by a friend and we were so fortunate to have him on board. He was compassionate, knowledgeable, highly experienced, and guided us every step of the way. We are pleased with the outcome and having Charlie on our team certainly made the long process of recovery a bit easier.

I am writing specifically about John Kluksdal. The work that he did for me was nothing but amazing. When it was time to go into my settlement hearing, he worked extremely hard and was able to get a justifiable settlement. He’s great! Get our FREE guide and find out how you can protect your rights with Hepworth Holzer, LLP

Many controversies rage about the efficacy and safety of chiropractic treatment. Among the topics are issues related to chiropractic stroke.

Some people believe in chiropractic care many do not.  There are chiropractors who practice within the standards of the profession and report a history of positive results for patients.

But, and it’s a big but, there have been many thousands of chiropractic malpractice and injury reports, including chiropractic stroke cases, filed against chiropractors according to the National Practitioner Data Bank.   That is because chiropractors can hurt people.

A chiropractor’s care is expected to meet or exceed standards of care accepted in the chiropractic community. When this standard is not met, injured patients can face unexpected hardships and difficulties. In these case, the answer is that you may need to sue the chiropractor that hurt you.  Our attorneys understand the emotional, physical, and financial issues that can accompany injuries related to negligent chiropractic care.   Lawsuits against chiropractors are not easy but our attorneys are committed to recovering compensation for our clients’ losses.

Chiropractors are most commonly known for adjusting patients’ spines in order to provide relief from injuries and tensions.  This is where the term “back-cracker” comes from.  The chiropractic industry claims these adjustments, or spinal manipulations, help correct misalignments in the body.  Chiropractors also assert it promotes general health and well-being.  Many chiropractors promote healthy living by advising patients on eating and exercise habits as well.  Some endorse alternative medicine and diet supplements.   Many still claim to provide care based on the “subluxation theory.”   There are many who question this theory and it remains, at best, unproven.  Certainly there are credible arguments that it is not true.

A chiropractic stroke, or chiropractic-induced stroke occurs when an artery to the brain ruptures, tears or becomes blocked because of a chiropractor’s manipulation of your neck.  These are often referred to as vertebral artery dissection or “VAD” cases.  They can also involve the carotid artery.  Many times, the patient is unaware the stroke was caused by chiropractor negligence, because  the stroke occurs long after the  arterial injury the chiropractor caused.

The American Heart Association in August 2014, issued a statement that recognized getting your neck adjusted by a chiropractor or osteopathic physician may have complications up to and  including stroke.   Although the exact numbers of chiropractor induced injuries is simply not known, we do know it is far higher than zero.

There is substantial evidence reported over many years of medical literature  that shows chiropractic manipulation can result in vertebral artery dissection. That injury can then develop into a stroke.  The chiropractic industry has hired its own researchers and  even today claims that isn’t true.  But even it recognizes that when a person has some stroke history or symptoms, then no adjustments should be made.  This requires a chiropractor take a thorough history and perform a physical exam on all patients.  The failure to do so can itself be negligent.

When patients present with anything resembling stroke-like symptoms they need to be referred for non-chiropractic assessment.  Patients who show up at the chiropractor with stabbing headaches, neck pain, loss of balance, and high blood pressure need comprehensive assessments.  They must have a complete neurological exam and orthopedic tests completed to assess their situation.  And they should not be subject to high force manipulations.

Chiropractors are more than capable of recognizing the symptoms of a stroke.  All should be trained in those symptoms.  If they suspect a potential stroke  their duty is to get emergency responders. Failure to do so can cause additional injury.  This is because effective stroke-treatment is dependent on the time frame in which the stroke is detected.  If treatment is delayed, the severity of the brain injury may increase.   Whether before a neck manipulation or after, no chiropractor can ignore the signs or symptoms of stroke.

It is well-recognized that a chiropractor must warn patients of the risk of stroke prior to a manipulation. Steps After A Truck Accident

Check out our blog about the steps after a truck accident in Boise, ID. Then [...] There are different types of product liability cases and there are a variety of products [...] If the insurance adjuster for your injury claim mentions “comparative responsibility” or a “percentage of [...] The Idaho Personal Injury Guide was created by Hepworth Holzer to help individuals and obtain [...] The Idaho Dog Bite Guide was created by Hepworth Holzer to help individuals and obtain [...]

Negligent manipulation occurs when the chiropractor makes adjustments or manipulates a joint in a patient’s body and causes new injuries or exacerbates an old one. This may happen because of the use of an improper technique or the improper use of a proper technique.  Either one is negligent.

Chiropractors are required to diagnose a patient before treatment. If the chiropractor fails to diagnose the medical condition causing a patient’s problems that too may be chiropractic malpractice.  Unethical chiropractors may not even attempt to make a legitimate diagnosis.  Some do this to ensure continued visits from customers.  Having people come in repeatedly for more care when they have  conditions that need other forms of treatment is inappropriate.  Even if the patient gets, temporary relief happens with a manipulation.  And when a chiropractor gets a diagnosis wrong it can cause a delay in getting proper care.  That often  makes the patient’s outcome  worse.

Failure to Get True Informed Consent:

The basic standard for all health care professionals, including chiropractors, is that patients have the right to be informed of all inherent risks prior to performing adjustments or other treatment.  This includes an accurate explanation of the risk of stroke.  If a chiropractor does not inform patients of these risks, the chiropractor may be liable for any injuries which the patient suffers subsequently. Many chiropractors downplay the risk of stroke. This can  be the basis for a  valid chiropractic malpractice claim.  Such claims exist when  the patient suffers a stroke without understanding the actual severity of the risk.

Chiropractic adjustments can cause a number of severe medical problems that become part of a lawsuit.  These include:

Chiropractors Are Not Medical Doctors And That Impacts Litigation

Chiropractors do not have the same education as medical doctors or osteopathic physicians.  And this means they do not get the same deference and respect from the population that medical doctors get.  This fact impacts litigation involving chiropractic malpractice and chiropractic injury lawsuits.

Some jurors see chiropractors as unqualified to treat any medical conditions or to diagnose conditions.  They essentially see the entire profession as charlatans.  This is in opposition to the respect MD’s and DO’s have in society.    But these jurors might also harbor doubts about a person who chooses chiropractic care.

There are other jurors who believe in chiropractic care with all their hearts.  These jurors may have a bias towards the chiropractors and their industry.

Evaluating your chiropractic negligence claim requires experienced legal help.  Call Hepworth Holzer, LLP, to let us help you understand whether you can recover money damages for an injury a chiropractor caused to you.

“During one of the most difficult times my family has ever gone through, the firm of Hepworth Holzer was our saving grace. Kurt Holzer, John Kluksdahl, and the rest of the firm worked tirelessly to get justice for our mother who was needlessly killed as a result of a drunken driving crash involving a negligent company. They not only secured an unprecedented settlement for my sisters and I, but also supported us during the criminal trial. I could not recommend this firm more!”
– W.D.
Read More Reviews 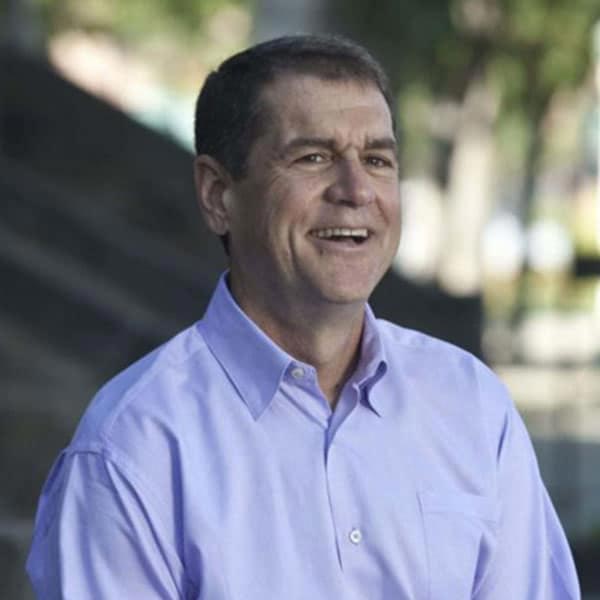